Textbox Section
Worship Is Better Than Gold, Sweeter Than Honey The Divine Condition

As you open your copy of God’s Divine Truth this morning, turn to Psalm 19:9.  History records one tragic life lived off the pathway of truth. Let’s heed it! [1]

Who really cared?  His was a routine admission to busy Bellevue Hospital.  A charity case, one among hundreds.  A bum from the Bowery with a slashed throat.  The Bowery…last stop before the morgue.  Synonym of filth, loneliness, cheap booze, drugs, and disease.

The derelict’s name was misspelled on the hospital form, but then what good is a name when the guy’s a bum.  The age was also incorrect.  He was 38, not 39.

The details of what had happened in the predawn of that chilly winter’s morning were fuzzy.  Would it have made any difference if she and those who treated him had known who he was?  Probably so.

His recent past was the antithesis of his earlier years.  The Bowery became the dead-end street of an incredible life.  But all that was over.  A 25 cent-a-night flop house had rooms you hear about, but never want to see…full of stinking humanity too miserable to describe.  He was one among many.  Like all the rest, he now lived only to drink.  His health was gone and he was starving.  On that icy January morning before the sun had crept over New York’s skyline, a shell of a man who looked twice his age staggered to the wash basin and fell.  The basin toppled, shattered.

He was found lying in a heap, naked and bleeding from a deep gash in his throat.  His forehead was badly bruised and he was semiconscious.  A doctor was called, no one special–remember, this was the Bowery.  He used black sewing thread somebody found to suture the wound.  That would do.  All the while the bum begged for a drink.  A buddy shared the bottom of a rum bottle to calm his nerves.

He was dumped in a paddy wagon and dropped off at Bellevue Hospital, where he would languish, unable to eat for three days…and die.  Still unknown.

A  friend seeking him was directed to the local morgue.  There, among dozens of other colorless, nameless corpses with tags on their toes, he was identified.  When they scraped together his belongings, they found a ragged, dirty coat with 38 cents in one pocket and a scrap of paper in the other.  All his earthly goods.  Enough coins for another night in the Bowery and five words, “Dear friends and gentle hearts.”  Almost like the words of a song, some thought.  But who cared?

Psalm 19:9 The fear of the LORD is clean, enduring forever; The judgments of the LORD are true and righteous altogether. (NKJV)

This poor man died a slave to untruth. He was deceived by a false hope, namely alcohol. What happens we operate outside of God’s truth? We are misled, deceived and captured by sin.

How you are fallen from heaven, O Lucifer, son of the morning! [How] you are cut down to the ground, You who weakened the nations! 13 For you have said in your heart: ‘I will ascend into heaven, I will exalt my throne above the stars of God; I will also sit on the mount of the congregation On the farthest sides of the north; 14 I will ascend above the heights of the clouds, I will be like the Most High.’ (NKJV)

Where can we look to find truth? In a person who declared they were truth and life. Jesus Christ and His book, the Bible!

Why [2]  in the world would a forgotten drunk carry around a line of lyrics?  Well, maybe he still believed he had it in him.  Maybe that derelict with the body of a bum still had the heart of a genius.  For once upon a time, long before his tragic death at age 38, he had written the songs that literally made the whole world sing, like: 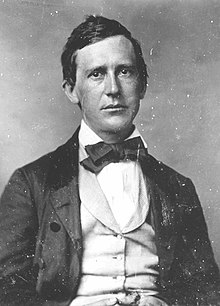 “Jeanie with the Light Brown Hair”

and two hundred more that have become deeply rooted in our rich American heritage.  Thanks to Stephen Foster, who nobody knew.  And for whom nobody cared.

Makes me think of a few lines out of an old poem preachers once quoted:

And many a man with life out of tune,

And battered and scarred with sin,

Is auctioned cheap to the thoughtless crowd,

A “mess of pottage,” a glass of wine;

A game–and he travels on.

Almost.  Almost gone.  Until someone cares.  And steps in.  And stoops down.  And, in love, rebuilds a life, restores a soul, rekindles a flame that sin snuffed out, and renews a song that once was there.  As Fanny Crosby put it:

Touched by a loving heart,

Chords that were broken,

Will vibrate once more.

Deep within many a forgotten life is a scrap of hope, a lonely melody trying hard to return.  Some are in prison.  Some in hospitals.  Some in nursing homes.  And some silently slip into church on Sunday morning, terribly confused and afraid.  Do you care?  Enough to share the truth that can set them free? That was Christ’s ministry. Is it yours?  Some might look like bums from the Bowery, but they may have a song dying in their hearts because nobody knows and nobody cares.

Psalm 19:9 The fear of the LORD is clean, enduring forever; The judgments of the LORD are true and righteous altogether. (NKJV)

Stephen Foster died a slave to untruth. He was deceived by a false hope, namely alcohol. What happens we operate outside of God’s truth? We are misled, deceived and captured by sin.

Where can we look to find truth? In a person who declared they were truth and life. Jesus Christ and His book, the Bible!